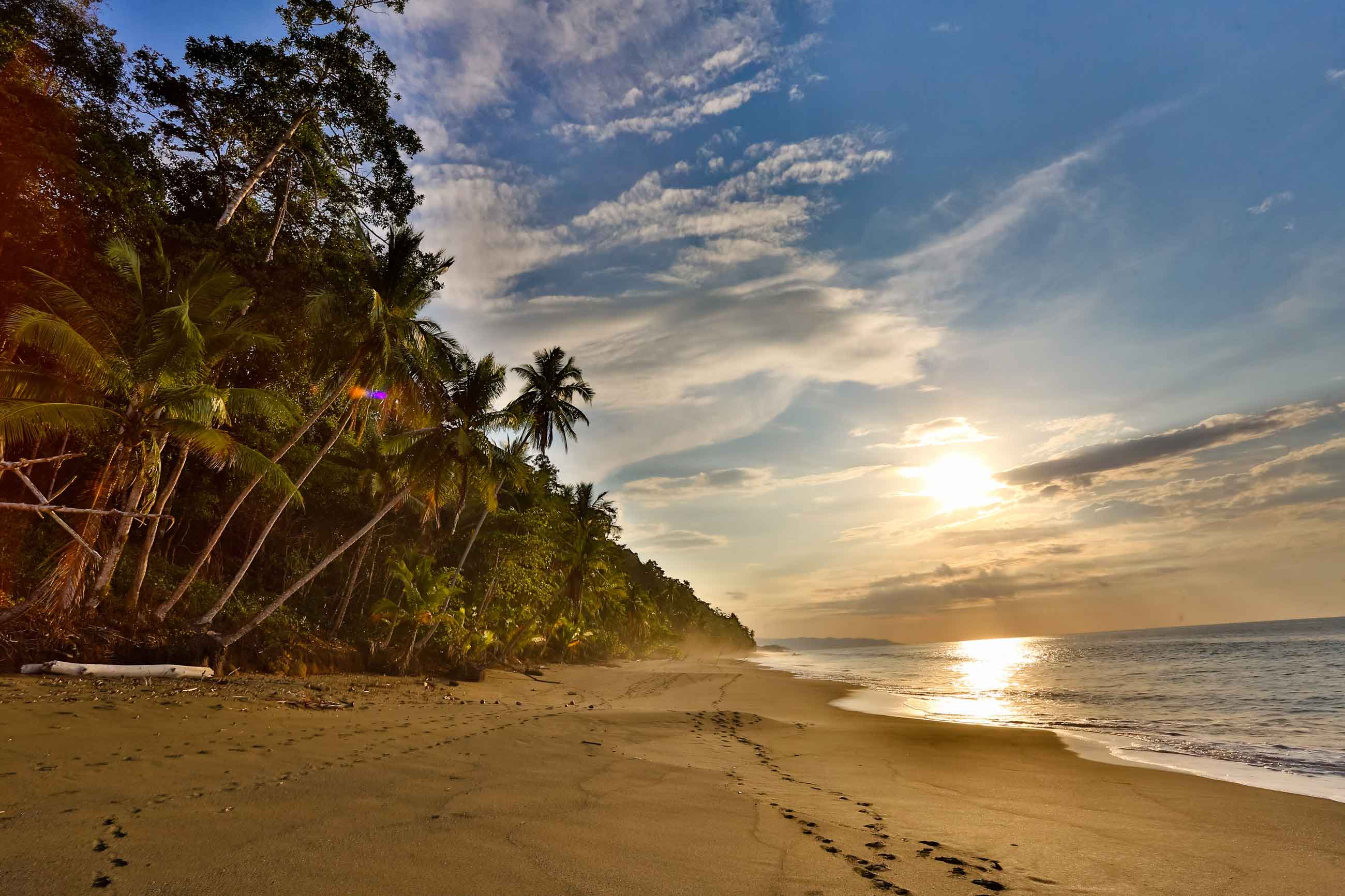 Off the beaten track with amazing activities like zip lining from tree to tree at the rain forest, colorful birds and funny monkeys, walking on hanging bridges, surfing the waves of the warm waters of our Pacific coast, experiencing the taste of the local market and discovering our tropical fruits and our delicious coffee that is what makes Costa Rica a unique place on earth.

With about 25% of the country protected in national parks and reserves, hosting 5% of the world biodiversity and an average yearly temperature of 25°C (77° Fahrenheit) and sunshine nearly every day, Costa Rica is a fantastic destination any time of the year.

In short, a peaceful country, known as a leading ecotourism destination,  offering unique activities wrapped up in beautiful sceneries, with great yearly weather,  happy and joyful people, Costa Rica is the best destination for leisure and incentive travel.

Location:
Costa Rica is located approximately ten degrees north of the Equator on the isthmus of Central America.  Costa Rica is bordered in the north by Nicaragua and in the south by Panama.  To the east are the shores of the Caribbean Sea and to the west the Pacific Ocean.

Climate:
The climate in Costa Rica varies depending upon elevation and location.  The coastal plains are hot (not too hot) and tropical.  Mountainous regions are much cooler and the Central Plateau has a spring- like climate year round, with little variation in temperature from month to month. (The average daily temperature is 75° F or 25° C). Lots of sunny days.

The official language is Spanish, although English is widely spoken.

The most popular destinations to observe the turtle nesting are Tortuguero (North Caribean Coast) and Playa Grande (Pacific Coast). The nesting seasons are different for each species.

The nesting season of the leatherback turtle, the world’s largest sea turtle at six feet long and up to 1,500 pounds, can be seen at the North pacific Coast, Playa Grande just north of Tamarindo Beach from October to March.

The green sea turtle, Tortuguero’s jewel, with a weigh up to 400 pounds can lay up to 700 eggs per season and can be seen from July to September

Costa Rica’s waters offer the necessary temperature, health conditions and location, so different species of whales come year round to mate, give birth and raise their young before heading back to colder waters.

The best time of the year is from December to April and August to December.

The colon is the national currency.  Dollars can be exchanged at most banks.

Traveler checks in dollars can usually be changed at any bank and at most hotels, with a valid passport.

Everyone needs a passport valid for a least three months.  Some nationalities need a visa to enter (see www.rree.go.cr)

Service is the same as in the United States: 110 Volts, 60 cycles.  European electrical items need and adapter.

Major international credit cards (Masters / Visa / Amex) are accepted in most larger hotels, stores, restaurants. But at a smaller and more remote stores, one should be prepared to pay in local currency.

The water is generally considered very safe in San Jose and most larger cities and modern resorts. However, precautions should be taken in more remote locations.

© 2016 All rights reserved Costa Rica Dream Travel | Desarrollado por: 123Sitio
Like all Rolexes, the movement is in-house and for this version, contains the Rolex Parachrom replica watches uk hairspring which is supposed to be better at resisting the negative effects of magnetic fields and thus keeping an accurate beat over the years. The sapphire crystal has some of the best anti-reflective coating (AR) I have ever seen on replica watches uk. This makes the bezel visible at even the thinnest of angles.. The crystal contains a magnifying bump above the date. This makes the date visible at a glance. Some might see this as an unnecessary blemish on an otherwise perfect and symmetrical design but I believe that it is very functional and replica watches uk in time, I learned to appreciate and replica watches uk actually like this feature quite a bit. The Rolex GMT-Master II replica watches reference 116713 LN retails for $11,750 for the two-tone gold and steel version reviewed here. There is also an all-steel version, reference 116710 LN ($7,900) and an all-gold reference 116718 LN ($29,500).